At the age of five, he and his mother moved to Philadelphia, Pennsylvania where he completed grade school and high school.

Upon high school graduation in 1970 at age 17, Chuck joined the U.S. Marine Corps — at a time when many young Americans were dodging the draft or fleeing to Canada, Mexico and Europe because of the dangers and unpopularity of the Vietnam War.

Chuck graduated from boot camp at Parris Island, South Carolina, and served two years of active duty in the Marine infantry (1970 to 1972).

Chuck says joining the Marines was one of the best decisions he ever made.  He states the Corps taught him the importance of discipline and leadership, how to work as a team, and the virtues of honor, courage, and commitment.

Following military service, Chuck attended North Carolina Central University for six years (1972-1978) where he obtained two degrees — a Bachelor of Science Degree in political science in 1975 and a Juris Doctorate (J.D.) Degree in law in 1978.

While attending law school, he also qualified for and completed the U.S. Navy’s Judge Advocate General (JAG) student program.  In 1979 Chuck was commissioned a U.S. Navy legal officer, where he served for 26 years (active, inactive, and reserve service).

During this 20-year naval career, he served as a prosecutor, defense counsel, administrative discharge officer, plus a prestigious assignment as a special assistant to a U.S. attorney.

Chuck and his wife Edith have five children, one of who is a U.S. Naval Academy graduate.

Chuck is fluent in Spanish

After active duty, Chuck opened his own law office and began a legal career that has spanned more than 40 years.  Chuck is a licensed attorney in both Virginia and Iowa. 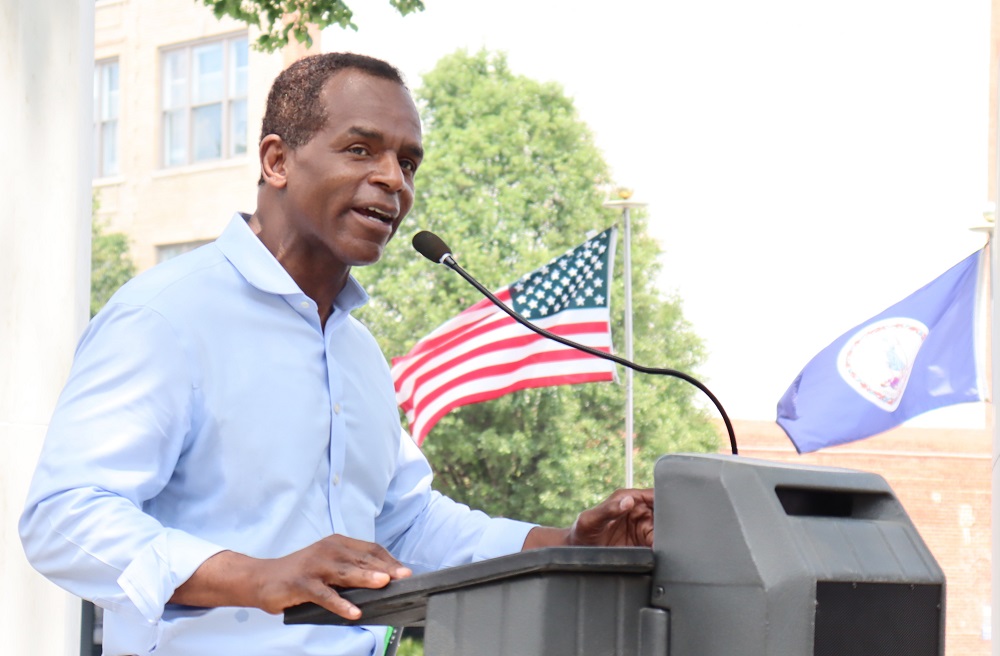 Chuck’s heroes growing up were:

From the projects of Greensboro — to the streets of Philadelphia — to the training grounds of Parris Island — to the courtrooms of Virginia — Chuck has been an ardent defender of the U.S. Constitution and American way of life.  His focus, morals, values, and principles, reflect his continuing sense of duty and determination to make Virginia a better place in which to live, work, and raise a family.